A few years ago, I applied to an MFA program at the university in the same town where they lived. I set up a meeting to have coffee with a faculty member in the program. He was only a few years older than me. He had a few books out, fiction, but he was pivoting to non-fiction. I had already been writing non-fiction. I had already been writing personal essays.

He bought my coffee to be nice. We both drank our coffee black. We joked about writers and coffee. He asked me about what my writing projects were. I told him. He seemed interested.

And then, we started talking about the difference between fiction and non-fiction. I explained that writing fiction wasn’t quite for me. He countered that he wasn’t quite a fan of personal essays because they were often too much about the personal and not enough of the universal. I countered his counter. He thought we agreed to disagree. I thought he was wrong.

As I was taking a sip of my cold coffee, he leaned over and said, “You know what I love about non-fiction?”

“You just have to tell the truth!” he continued.

For a moment I paused, unsure exactly what to say. I settled on, “Um, okay” and promptly left.

I’ve thought about this writer a lot over the last two years as I found myself writing another memoir (why, Kelly, why?). This memoir is a book about hard topics: grief, trauma, and mental illness. It’s a book in which I tell the truth. It was never easy. Sometimes, telling the truth kicks your ass. It sure did mine. So, I’m not sure truth telling is ever easy.

Sometimes, it feels easier to not tell the whole truth about who you are. Sometimes, it feels easier to hedge or, even, lie. The memoirist faces the choice to lie or tell the truth. I’ve faced that choice again and again. A lie would make me seem better than I am. The truth would expose who I really am, all those flaws that I want to keep hidden and all the terrible shit that happened to me, to the reader and to…me.

When writing a memoir, there’s always an interesting moment when you realize that you can lie to yourself and your reader. You could. Lying would be less painful than being honest. Lying lets you keep the illusion of who you want to be but not who you are. It lets you avoid all that you want to avoid. Honesty, on the other hand, effing hurts. But that hurt leads to growth. (At least, I hope it does.)

I chose honesty time and again, but it razed me to my foundations. And then, I had to try to build myself back up, brick by brick.

Telling the truth requires admitting that you are a fallible, flawed human being who screws up as much as you don’t and who has to live with the consequences of not only your actions but the actions of other people. Truth telling is a humbling enterprise in daily life. But, telling the truth on the page for someone else to read is not just humbling; it knocks you down. Then, you have to decide whether you are going to stay on the ground or get back up.

While writing my most recent memoir, Final Girl, I kind of wanted to stay on the ground. The ground felt safe, cozy even. Getting up meant taking a harder look at myself than I wanted to.

Shit, telling the truth is never easy. It’s so effing hard. I pivoted between thinking I was too honest or that I was just a whiney asshole. I had to dwell in myself, those things I like and I don’t. I had to dwell in the things that I managed to survive. You kind of get tired of yourself after awhile. Or I do anyway.

But, and this is important, telling the truth about yourself helps you. Truth telling helps you realize where you’ve been and where you are now. It can make you see what you survived. That’s the powerful part of writing a memoir. It gives you a chance to tell your story as you want to. As you need to. At least, I think so. I hope so.

More than that, truth telling offers readers something that resonates with them. A tiny kernel of truth about what it means to be a person in our often-messed up but beautiful world.

Telling the truth about the ways that we make isn’t ever easy. We don’t ever just tell the truth. To speak the truth means that we’ve had to learn to live with it. To share it with others means that we have to accept truths about ourselves, especially the hard ones. That’s not easy. It’s never easy. But, we do it anyway. And that’s pretty damn amazing.

My newest book, Final Girl: And Others Essays on Grief, Trauma, and Mental Illness (Blue Crow Books, 11/3/2020) is available for ebook pre-order now. The paperback should also be available for pre-order soon. I’ll keep y’all posted. 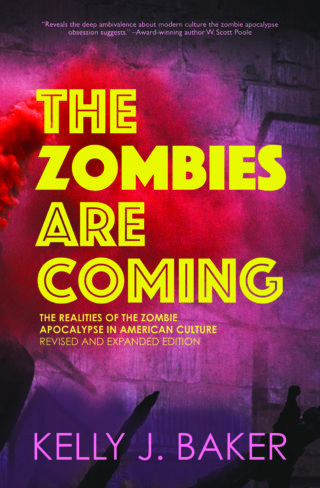