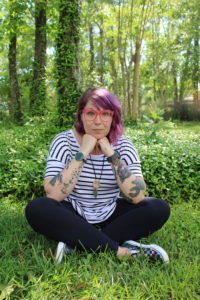 I’m the editor of Women in Higher Education, a feminist newsletter with the continued goal “to enlighten, encourage, empower and enrage women on campus” as well as The National Teaching and Learning Forum. Previously, I was the managing editor of Disability Acts, an all volunteer magazine for disability essays, screeds, and manifestos by disabled people for all people.

When I’m not writing assignments, editing, wrangling two children and three cats, or looking for alligators and other Florida fauna, I’m working my way through a collection of essays about endings and other apocalypses.