The Birth of Glenn Beck’s Nation (Or the Long Goodbye) 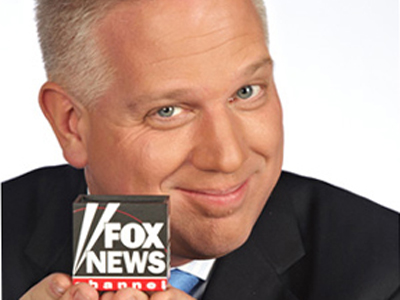 Over at Religion Dispatches, I guest blog about Glenn Beck’s last show on Fox, his nationalism, and his telling of American history. Here’s an excerpt:

Beck’s mantle of telling history like it really “was” is packaged, glossy, and consumed. Yet this mantle, or even legacy, does not solely belong to him. The struggle to reclaim the nation, or “restore honor,” began long before he, the John Birch Society, Joseph McCarthy and the like joined it in the mid-twentieth century. Americans, from the Reconstruction Klan in the 1860s, the Know Nothings of the 1890s to the second Klan of the 1910s and 1920s, to home-grown Christian fascists of the 1930s, sought to protect a nation in peril from any perceived threat, be it Catholic, Jew, African American, or Communist.

In my particular area of the study, the 1920s Klan, the Knights, recruited members with both warnings of a nation in decline as well as a vision of a fabled white Protestant America, which could be recaptured, recreated, or even relived through their efforts. This nation needed defenders to protect citizens and to uplift the historical legacy of the nation. Klan leaders and newspapers provided a history of the fabled nation-state, which emphasized the Puritans, early white colonists, the Founding Fathers, and former Presidents (there are some notable absences in this reconstruction). Their jeremiads proclaimed a fragmentation of white Protestant social order while narrating a pristine, coherent history. In this way, the Klan mobilized millions of white Protestant men and women to join the order, wear robes, and burn crosses.

This desire, to narrate a certain kind of America, a certain kind of history, and defense of the nation from its despisers, binds Beck to a much longer history of intolerant nationalism than current media coverage regularly admits. (Though, Gary Laderman asks this question in a different way, when discussing the “the death rattle of the white Protestant male.”) Beck’s approach to history is a continuation of these previous attempts. He, like others, wants to protect the nation from its people and protect its people from the encroaching diversity, language of tolerance, and social fragmentation.