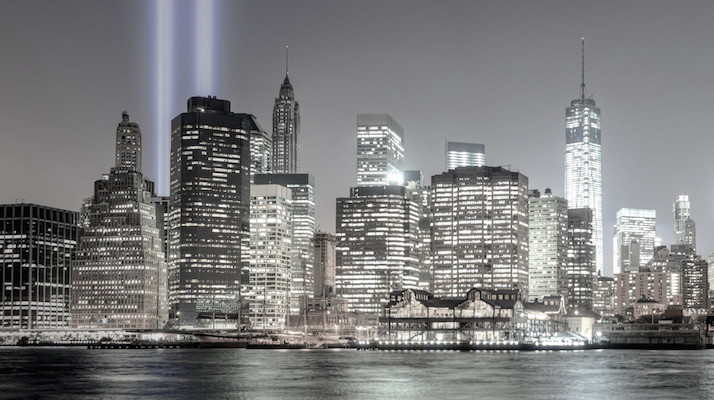 I tried for years to explain to my students how the memory of that day still stops my breath, and how I viscerally knew the world had changed. I think about George W. Bush’s certainty about the division of our world into good and evil. About his insistence that the terrorist attacks of September 11 confirmed that evil exists, even if we refuse to recognize it. I still wonder what it must be like to have Bush’s clarity. We’ve all encountered the toll that his particular kind of certainty has taken on both the nation and our relationships with other nations.

Life after September 11 appears stark in its difference from the time that came before. Terrorism. Osama bin Laden. WMDs. Axis of Evil. The Taliban. The war in Iraq. Armed conflicts in Afghanistan. Security checkpoints in airports. Terror alerts, color-coded for easy transmission. Orange, red, or yellow. There’s a whole lexicon of terror that’s now a part of our common language, expressing not just a shared experience of shock and fear but its legacy in our common life today.