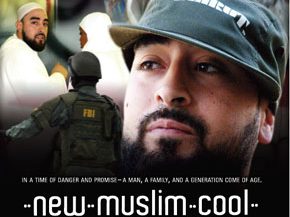 Published at Sacred Matters on September 8, 2016.

Talib notes: “You’re Muslim. You’re American. You’re Puerto Rican. You’re from the hood. You’re an artist. You’re a rapper…You sound like America’s worst nightmare.” This is the line that sticks with me after each time I’ve rewatched New Muslim Cool. Hamza appears as a threat because of his ethnicity, religion, and music. The threat that he comes to convey means that he is threatened, surveilled, and discriminated against.