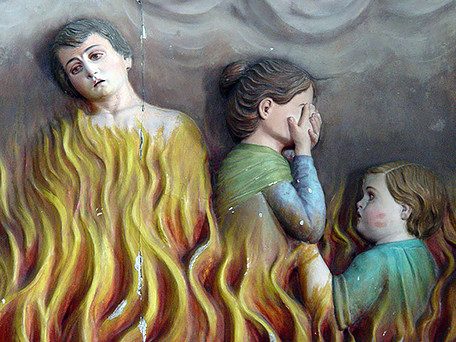 I want to go to a Hell House, the evangelical Christian alternative to the ubiquitous haunted houses that pop up every October. I say this almost every year, but I’ve yet to attend one. I’ve only had near misses. When I was in high school in the 1990s, local churches took their youth groups to a Judgement House, the kissing cousin of the Hell House, in Dothan, Alabama. Instead of ghosts, zombies, vampires, or ax-wielding murderers, this haunted house pursued an otherworldly goal: your salvation.