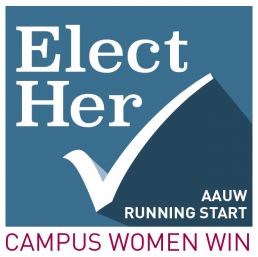 Published at Women in Higher Education on February 9, 2015.

We could chalk up the lack of women in political office to systemic discrimination, but this alone doesn’t explain the gender gap in politics. Discrimination emerges
as only part of the problem. For example, to get a woman to run for office, she has to be asked seven times. This hesitance signals what political scientists Jennifer Lawless and Richard Fox have identified as the persistent gender gap in political ambition between young men and young women.

Their study, “Girls Just Wanna Not Run,” surveyed 2,100 college students between 18 and 25 to assess political ambition. Young women are significantly less likely than young men to even consider running for political office, develop interest in a future candidacy or think of elected office as a desirable career choice.