There’s a scene in Talladega Nights where Ricky Bobby’s father wakes him from hard slumber by way of a bucket of water. The parental rouse-à-la-douse, despite the trope, is almost certainly threatened more often than it is executed. While I found the stunt humorous as a kid, I never thought to question from where a parent’s motivation would originate for this and other sadistic reveille. I often reconsidered the concept during the summer of 2013 as I sat in my oldest child’s bed for hours every night, waiting for her to fall asleep.

Growing up, my parents never threw water on us to wake us up, but my dad had a penchant for bursting into my room in the morning while singing. You could never predict what he might be singing: Christmas songs, folk music, liturgical hymns, 1960s/1970s pop. But regardless of the genre, it never failed to annoy. Perhaps, it’s childish narcissism to require intentionality of the annoyance. My experience as a parent suggests that my parents spent less time thinking about us than I assumed at the time. My dad might have just been doing what comes naturally to us morning people; namely, enjoy ourselves while unintentionally pissing off everyone around us. But early morning retaliation is what I thought about as I sat in bed with my daughter, who was tired but awake. She was too excited or anxious or who-the-hell-knows to go to sleep on her own like she had for the previous four years of her life. So, I sang. END_OF_DOCUMENT_TOKEN_TO_BE_REPLACED

The smell of corn dogs and funnel cakes coated the air and Bob Seger’s “Main Street” played on the staticky speakers when Jake spotted me standing in line for the Tilt-a-Whirl. He wore a purple button-down and jeans. And that smile. Always that smile.

That memory about a junior college crush led me down a rabbit hole of journal entries and early 1990s music. Back then “big-hat” country played on all of our stereos, and Garth Brooks was its king. Listening to him, 20-year-old me swore the connections I made then would last forever.

I scoured online stores for his songs, but apparently he doesn’t do digital. While out grocery shopping at my local superstore, I found The Ultimate Hits, a compilation CD that contained my favorites, ripped it to my laptop then added it to my phone. And I was transported to the motel-turned-dorm that my athlete friends and I lived in freshman year. His voice provided the soundtrack to my first “buzz,” my first make-out sessions, my first crushing loss. END_OF_DOCUMENT_TOKEN_TO_BE_REPLACED 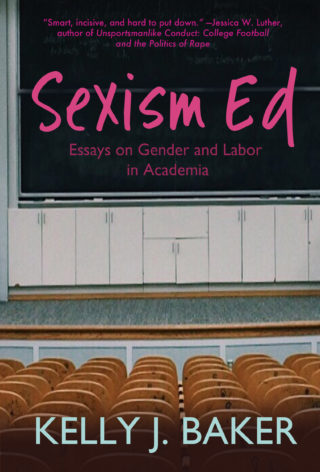