My main area of scholarly interest is religious intolerance, particularly the ways in which intolerance/tolerance rhetoric, action, and practice  inform the lives of Americans. The symbiotic relationship between tolerance and intolerance continues to fascinate me.  My book, Gospel According to the Klan, examines the foundational role of intolerance in craftings of American nationalism. The book charts the 1920s Klan’s Christian nationalism to highlight the impact of religion on the order’s exclusivist racial and gender politics.

Using previously suspect Klan print culture, my book employs the second order as a case study to explore the intersection of Protestantism, nationalism, whiteness, and gender. 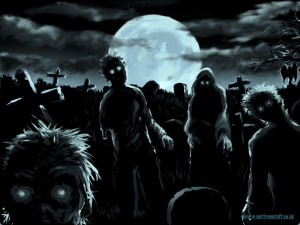 While researching for my apocalypse project more largely, I found much about  zombies, which was not entirely surprising since they are the monster of the moment. What was surprising was that there was little to no scholarship on the cultural place of this monster or commentary on their popularity as vehicle for the end of the world.

Employing zombie film, fiction, products, gaming, and events (i.e. zombie walks), this project is my attempt to explain the  popularity of this monster in a time of terror and war globally, and what is ethically at stake in the repeated desire, and joy, of destroying zombies, resurrected corpses. Relying upon a religious studies framework, I seek to evaluate the consumption, proliferation, and popularity of not only zombies but also the zombie apocalypse as a genre. What do cultural fantasies of the monstrous illuminate about the domestic and global impact of war? What is special about these monsters? What does the manufacture and destruction of this particular monster signal about  American religious culture more generally and the role of popular culture in domestic and foreign affairs? 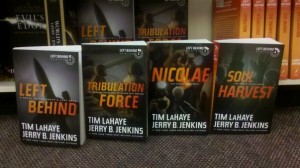 The Apocalypse in American Culture

My other (never-ending) project examines the place of apocalypticism and end times theology in film, television, contemporary fiction, and products.  The end has become a bit of an obsession to me spanning from Tim LaHaye and Jerry Jenkins’s Left Behind series to The Turner Diaries and racial renderings of the apocalypse to the popularity of zombies as harbingers of doom and doomsday. What becomes clear is that apocalyptic world views appear not just in evangelical book clubs but also in global and domestic relations. Intolerance emerges as a common theme in apocalyptic theologies and in contemporary fiction (religious or otherwise). Apocalyptic worldviews are Manichean and polarizing, and at least in LaHaye, tolerance becomes a signal of the end of the world. Why do Americans imagine again and again a destructive end? How do these ends become material and embodied as opposed to rhetorical and immaterial? Why do the ends matter? From intolerance  to zombies to the end times, my research enables me to analyze the seamier side of American religious history to contextualize the present and to ask larger historiographical questions about the study of religion, especially American religions.