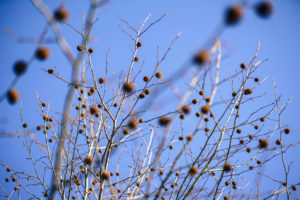 END_OF_DOCUMENT_TOKEN_TO_BE_REPLACED

*I’m doing all of the parts of the business of being a writer that I don’t really like.*

I’ve been seriously grumpy lately. There are many reasons for my grumpiness, but one of the main culprits is that I haven’t been writing as much as I want to. Yes, I write a column and articles for Women in Higher Education. Yes, I wrote a lecture on the artifacts of white supremacy that I gave at the College of Charleston. Yes, I wrote up a statement about why you should all move to Florida like I did.

And yet, I feel like I’m still writing less than I want to.

What occurred to me today is that I’m writing less because I’m currently stuck in-between two projects. Months ago, I finished all the writing I had to complete for my forthcoming Grace Period (Killing the Buddha press), a collection of essays about my slow transition out of academia, the loss of dreams, and the long process of  learning how to manage where I happened to land. I’ve only been editing what needs to be edited. Now, the soon-to-be book is in the hands of my excellent copy editor while I worry about everything else that needs to be finished and my strategies for book promotion. END_OF_DOCUMENT_TOKEN_TO_BE_REPLACED

Last year, I pulled together my favorite essays that I wrote in 2015. This year I thought I would do the same.

While some writers like to direct readers to their most popular essays of the year, I like to remind you of the essays that proved to be my favorites. Some of the essays listed are essays that I still can’t believe that I wrote. I read them and wonder how those sentences landed in that particular paragraph in that particular essay. They make me proud because they show how far I’ve come as a writer. Other essays are the ones that I’m proud to have written because they felt impossible to write. They required me to step outside of my comfort zone, required new skills, or were hard to write because of the vulnerability and emotion that they required.

What’s striking to me is how much things have changed for me in 2016, this dumpster fire of a year. I thought 2015 was bad, but 2016 proved to be both worst and better. Last year, I had applied to an MFA program. Hannah, our 15-year-old dog, died in March. She missed 16 by a little more than a month. She witnessed my life, so I witnessed the end of hers. Some day, I’ll write about what she meant to me, to us, but not yet, I can’t.

By mid-year, I received a rejection. Over the summer, I curated a series of essays on albums and our feelings, which was pretty damn amazing. By fall, I became editor of Women in Higher Education.  In November, Tr*mp became president, and suddenly, my work on white supremacists seemed relevant. After Thanksgiving, I even had an op-ed published in The New York Times, which led to white supremacist trolls calling me a race traitor (and much worse) on Twitter and in email. END_OF_DOCUMENT_TOKEN_TO_BE_REPLACED 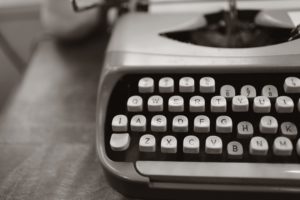 *This essay is shaping into its own creature.*

Sometimes, I make big plans for an essay that I’m writing. This essay becomes THE ESSAY, the important one in which I say all of the things. It emerges as the most important essay I’ve ever written. It comes to define who I am as writer, but also as a person. I start thinking about this essay for days, then weeks, and then a month (or months). I might pitch this oh-so-important essay to an outlet familiar with my work. I might even have a deadline. I tell myself that this essay will be easy to write because it is THE ESSAY. Plus, I already know what I want to write (or at least, I think I’m sure that I know what I want to write).

In my head, this essay begins a life of its own. It becomes groundbreaking and earth-shattering, smart and analytical, lovely and true. Most importantly, it becomes SIGNIFICANT and CRUCIAL. It starts to gain mass before I’ve even put words to the page. Its weight becomes heavy, veering closely to unwieldly. This essay appears more and more significant. END_OF_DOCUMENT_TOKEN_TO_BE_REPLACED

Structure? Yes, I also need structure. Like you, I find myself craving the structure of a classroom. I want someone else to ride herd on my writing process. I want a group of people to read and comment on what I write. I’ll admit that I envy your class on personal essays. I want to take a class. I want to take classes, which is why I applied for an MFA program in December.

I want structure, but I need it too. Currently, my life lacks the firm structure that will keep me on the task of writing. Structureless structure abounds, and I still haven’t got a handle on it yet.

My days have a familiar rhythm that start with getting children ready for school and preschool and wind down when I pick both of them up from the after school program. I’ve tried to map my days to create my own schedule. Kids out, writing starts. Kids in, writing over. I imagined that I would stay at my desk for hours working on assignments, essays, or blog posts. I would leave my desk only for short breaks and refills of coffee. I would write all of the words. All of them. In my imagination, there’s a writer who always writes if not at her trusty laptop, then in her beloved journal or any scrap of paper she could find. She would write and write and write and publish and publish and publish. Always writing and always publishing. The schedule of her own design would allow for only productivity and not much else. There would be no sick days, interruptions, or distractions. She would be a writing machine, and others would likely die of envy from her commitment to her craft. She would be a serious writer. Serious writing would be what she does. END_OF_DOCUMENT_TOKEN_TO_BE_REPLACED