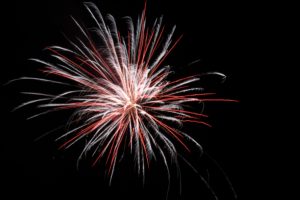 *I’m aiming for the boom, and I’m hoping they can hear the echoes.*

Over a year and a month ago, a typo in a tweet that turned into something unexpected. In the airport waiting for a plane, I decided to tweet a bit about my short stint as a visiting writer at Elizabethtown college to process what had happened. But mostly, to process what I had said to students who asked me for writing advice. I can’t remember if I was typing quickly on my phone or if I was blissfully careless on my laptop. Either way, I ended up typing “boom” instead of “book.” That typo, the “m” rather than the “k,” became significant. At first, I didn’t realize my mistake. A couple of  lovely folks on Twitter tweeted at me to ask what a “boom project” was, and I reread my tweet and found the error. One person wondered if “boom project” was a new publishing term that they hadn’t heard of yet. No, it was just a mistake. Or was it?

I had been tweeting about a confession I made to a group of students (and two of their professors). In the Q & A in a class, a student asked me about how I write books and what new projects I was working on. Before I could stop myself, I admitted that book projects still frighten the bejesus out of me. The students looked at me and each other with varying levels of bewilderment and a nervous chuckle or two. I kept talking when I probably should have stopped. I wanted to be honest, so I explained that long projects, like books, still frighten (read panic) me. This fear remained strong, even though I’ve already written two books. Books are a long commitment for a writer, and long commitments often appear scary at the outset because who knows how they’ll actually turn out. Boom or bust. Luckily, I didn’t say the previous lines aloud. END_OF_DOCUMENT_TOKEN_TO_BE_REPLACED